The Blake Hall is a registered charity managed by the William Blake Memorial Hall Management Committee, which comprises of two representatives from the Parish Council, representatives from the WI and the Art Group together with various parishioners. The Hall is in the centre of the village with main hall on the 1st floor. The Parish Council are Custodian Trustees of the building.

Main Hall, including use of kitchen facilities – £12 per hour
Committee Room – £6.00 per hour
(Special rates available for regular bookings)

Kathy Vertannes is the bookings manager.  Her contact details are: 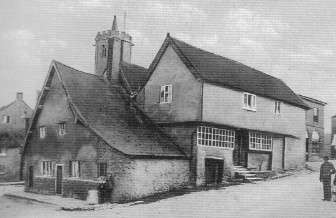 The village hall building known as the William Blake Memorial Hall was built in 1911 in Ham Hill stone. It incorporated the Old Market House and replaced The Old Fire Engine House and two old cottages that were bought by the sons of William Blake, a prominent local landowner, for the new facility.

In modern terms it was effectively a redevelopment of what was already in place. The Old Market House, which was built in 1843, was a single storey building with open arcades for use as a market. The new ‘fire engine house’ was accommodated in the new William Blake Memorial Hall and the horse drawn fire engine continued to be housed there until 1951 when Somerset County Council decided it was surplus to requirements.

At the apex of the roof is a bell turret housing the fire bell, used to sound the alarm to summon the firemen when the fire engine was called out. On the outside of the building is a stone carving of the Coat of Arms of the Blake family and a date stone of 1911.

The main hall is upstairs and below is a range of rooms designed and used originally as a Liberal Club. In it’s history the hall has also been a centre for evacuees during the Second World War, a dance hall, a cinema, a library and a schools meal service.

The William Blake Memorial Hall is a dominant building tight in the centre of the village of South Petherton in Somerset, England. As such it is also the centre of many of the activities that go to make village life, continuing to be the venue for many varied activities.

Normal Office hours are Mon-Fri 10am – 3pm but please note that the Clerk works 30 hours per week and due to the nature of the role, these hours can often be out of office, and hours are worked flexibly around the demands of the Parish.

Emails will be responded to as soon as possible, or if you require a more urgent response, please call 01460 241002, and leave a message.

Please note that the Assistant Clerk works 15 hours per week, split flexibly between Mon, Weds & Thurs, and although primarily works from the office, these hours may also involve work around the Parish.

You can find out more about which cookies we are using or switch them off in settings.

This website uses cookies so that we can provide you with the best user experience possible. Cookie information is stored in your browser and performs functions such as recognising you when you return to our website and helping our team to understand which sections of the website you find most interesting and useful.

Strictly Necessary Cookie should be enabled at all times as they are essential to the functioning of the website.

If you disable this cookie, we will not be able to save your preferences. This means that every time you visit this website you will need to enable or disable cookies again.

This website sets some 3rd party coolies for additional functionality.

Please enable Strictly Necessary Cookies first so that we can save your preferences!